Presents for You From Wendy and WiseWolf

To celebrate the holiday Season

Presents – I believe you will enjoy them and I would very much welcome your Amazon reviews!

Find out more about the books at these links.
Wendy’s UK Amazon Page
Wendy’s US Amazon Page

Presents for You From Wendy and WiseWolf

To celebrate my birthday on 19th December and the Christmas Season, on two special days I have special gifts for you.

Download my novels The Wolf Project and Blood Brothers from Amazon for free.

I believe you will enjoy them and I would very much welcome your Amazon reviews!
Find out more about the books at these links.
Wendy’s UK Amazon Page
Wendy’s US Amazon Page 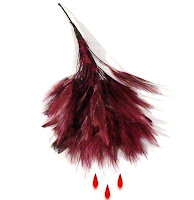 “Come with me back to the great days of rock! Oh, those marvelous bands like the Rolling Stones and Led Zeppelin; and those other bands that managed to ride the wave right through the years to turn themselves into New Romantics and other incarnations. If you liked them, you’ll probably remember the Glamerines and the gloriously handsome Julian Justin, their frontman. Great survivors were the Glamerines. As styles changed, they just rocked on, with the base and the volume turned up or down as the time demanded. They had a special look, with makeup that would have made a Paris model jealous. Smooth as a peach and beautiful they were at the start of their set. Of course, two hours later, the black stubble was back again. On stage, once they started to sweat, they looked as rough and tough as their music required. And the lovely Julian, with a voice like wild honey? Well, Julian continued look as sweet as their sweetest song and as strong as the prince in a teenage fan’s dreams. In the early 80s, how the little girls loved Julian!

In a dressing room with the Glamerines, you could almost smell the testosterone, despite the make-up. Strong, beautiful and very masculine were the Glamerines – and Julian? On-stage, he loved and was loved by every woman. Off-stage, the girls still loved him, but Julian didn’t quite return the affection. As for the rest of the group, well, they made excuses for the off-stage Julian; fey, but not gay. Of course, not gay! There he was their wonderful, six foot two, slim but well muscled, streak of silver; so powerful on stage with his beautiful long, blond hair. And here they were on a Monday night, about to play a sold out gig at the Crescent Stadium; on the outskirts of Birmingham, on the road to Middleton.

The Glamerines were sitting round in the dressing room. In costume and full makeup, waiting to go on stage and they were stressing out. It was never an easy time, everyone got tense before the music started. Tonight, it was worse than usual. They were drinking beer and discussing their little local difficulty. Rod, the leader of the group and fierce drummer, was angry. Rod was often angry; he reckoned it gave him the edge as a rock drummer, so he spent most of his life on the verge of fury. Right now, he had no problem staying mad. “Why the fuck J, just tell me, why the fuck, couldn’t you keep your hands to yourself?” Rod was finding it quite hard to keep his own hands off Julian, who looked suitably intimidated. “Oh c’mon man, chill;” Eric the laid-back bass guitarist took another pull on his joint. “Live and let live!” Then, as he saw Rod clench his fists, Eric decided he’d quite done enough for Julian. One of the sound guys came in and Eric had a sudden need to discuss the technicalities of a sound check. Eddy, the lead guitarist, decided it was time to wait in the corridor as well. Julian just sat there looking scared. John, the manager, was out fixing, otherwise Julian would have had him to deal with as well and that would have been life-threatening.

“I didn’t know Rod; I just didn’t know who he was. And I was stoned.” Rod got up and came towards him. Julian found himself cowering; he wasn’t often the subject of Rod’s ire and he wasn’t easily scared, but he was tonight. “Alright, alright, I’ll do something.” Now, Rod was standing over him, “So what the fuck are you gonna do to get out of this, asshole?” Julian had never had to think so quickly and sheer panic had struck. “I’ll find a girl. No, better than that I’ll get married. I’ll marry a girl.” Lucky for him, at that moment, they got the call to go on stage. “You better man, you better. Find someone tonight before it breaks – there are plenty dumb enough out there, they’ll take you on. Though God knows why.” Rod turned away from him with a sneer.”

We use cookies to ensure that we give you the best experience on our website. If you continue to use this site we will assume that you are happy with it.Ok